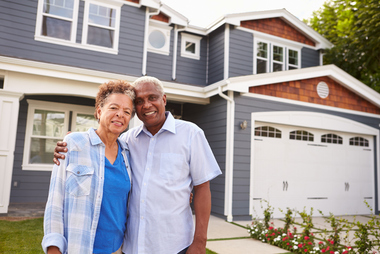 Tax Breaks for Older Couples Who Sell Their Homes 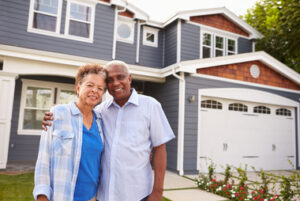 Consider Irene, who recently became a widow when her husband, Henry, died. Like most married couples, they held the title to their home in joint ownership with the right of survivorship. In plainer language, this means that co-owner Henry’s death results in his loss of all ownership in their dwelling. Surviving co-owner Irene automatically acquires all ownership in it.

Irene is uncertain what to do with her highly appreciated home. One option is to quickly sell it and move to where her daughter lives. But Irene should go slowly when it comes to major decisions such as home sales. Other options are to wait several years and then sell, or just stay put, in which case the residence would eventually wind up with her heirs.

Irene wants to know the tax consequences of selling or staying. First, she needs to understand the tax breaks for individuals who sell their principal residences.

Exclusions. The law authorizes “exclusions” that allow home sellers to sidestep income taxes on most of their profits when they unload their principal residences. The profit exclusions are as much as $500,000 for couples filing joint returns and as much as $250,000 for single persons. Sellers are liable for taxes on gains greater than $500,000 or $250,000.

Irene decides to sell. Can she exclude $500,000 or $250,000? The answer depends on the sale date and whether she remarries. Though she’s no longer married, recently widowed Irene still qualifies for the higher amount — as long as she sells within two years of Henry’s death. It’s the lower amount if she sells after the two-year deadline.

Irene remarries. If her new husband, Steve, then lives in the place as his principal residence for at least two years out of the five-year period that precedes the sale date, the profit exclusion will once again be $500,000.

Usually, a seller also has to own the place for those two years. That requirement doesn’t apply to Steve. That means his name doesn’t have to be on the title.

Moreover, the IRS says that Irene and Steve needn’t be married for all of the two years that precede the sale date. What do they need to do before the sale occurs? Just marry. This holds true even if their wedding precedes the sale by just one day.

Even if Irene doesn’t remarry — and even if she doesn’t sell within two years of Henry’s death — her taxable gain may be smaller than she fears. Suppose, as is likely, that Irene’s long-term capital gain profit from her home’s sale exceeds her exclusion ceiling and she’s liable for taxes on the gain.

Tax rates for long-term capital gains. For most sales, the tax rate usually is 15%, increasing to 20% for lots of high-income sellers. It goes as high as 23.8% for those who are in the top income tax bracket of 37% and subject to the Medicare surtax of as much as 3.8% on income from certain kinds of investments, including profits from home sales.

The Tax Cuts and Jobs Act. This legislation imposed a $10,000 ceiling on write-offs for state and local income and property taxes. Another snag: Irene forfeits any write-off for state income taxes if she’s subject to the alternative minimum tax.

Step-up in basis. While my recitation of federal and state tax rates dismays her, Irene is pleased to get some good news that the government authorizes exceptional condolence gifts for Irene and other bereaved individuals who sell inherited homes, stocks and other assets that have appreciated in value. In tax lingo, the basis (the starting point for measuring gain or loss) of inherited assets “steps up” from their original basis (the cost upon purchase, in most instances) to their date-of-death value. It’s as if the inheritors had bought the assets that day.

The first step-up is only for Henry’s half interest. There’s a step-up of his adjusted basis (typically, half the original purchase price and half the cost of any subsequent home improvements) to what that half-interest is worth when he dies. If the couple lived in a community property state, the step-up is for the entire basis.

On Irene’s death, there’s a step-up of her adjusted basis (previously boosted by the step-up for Henry’s half interest) to what the entire home is worth when she dies. When the heirs sell the home, they’re liable for capital gains taxes only on post-inheritance appreciation.

The bottom line for Irene and her heirs: Whereas a sale by Irene of a home that has appreciated immensely can trigger sizable federal and state taxes, a sale by the heirs dramatically shrinks or even erases those taxes. Irene—and others in similar positions—should work with tax and estate planning professionals to ensure they’re making the best decisions for their long-term future plans.