Attaining S corporation status has certain tax advantages. S corporations are treated as passthrough entities for tax purposes and the protection of shareholder assets. However, the relief acts passed in response to the COVID-19 pandemic revealed some potential problems with how income passed to individual shareholders is taxed. Two of the most relevant issues are discussed here. 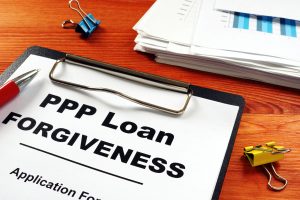 The Coronavirus Aid, Relief, and Economic Security Act of 2020 created the Paycheck Protection Program. Under the PPP, some employers and some self-employed individuals were able to borrow money from the Small Business Administration. The loan proceeds they received could only be used for expenses (e.g., payroll costs, rent, interest, and utilities) used during the covered period. The covered period generally begins on the date the PPP funds are received and ends on a date between eight and 24 weeks thereafter.

The loan may be partially or fully forgiven if the business remains operational and keeps its employee counts and wages stable. If these conditions are not met, the loan must be repaid, but expenses paid with the loan proceeds are deductible under the usual rules.

It sounds simple, but the structure of taxation of S corporations raises important issues. The tax law stipulates that S corporation shareholders cannot have any basis in loan proceeds unless the loan is for “indebtedness of the S corporation to the shareholder.”

Among the problems this creates is the following: If a shareholder has no basis in the loan, do nondeductible expenses reduce basis?

The Consolidated Appropriations Act tried to clarify this issue by stipulating that forgiven loan amounts are tax-exempt income to S corporations. Consequently, the forgiven amounts are treated as an increase in basis to the shareholders, and amounts paid from the funds of forgiven PPP loans may be taken as deductions. It is important to note that while a shareholder’s share of PPP loan forgiveness is treated as tax-exempt income, this is not true of forgiveness of any other debts. In addition, some questions remain around the timing of the loan and the forgiveness.

State and local taxes for an S corporation

Another important issue is the treatment of state and local taxes, also known as SALT. The Tax Cuts and Jobs Act limited itemized deductions for these taxes to $10,000 per year for a married couple filing jointly after 2017. This limit will sunset in 2025 unless it is extended by Congress.

This also affected S corporations, because they are passthrough entities. Recently, the IRS clarified that certain state and local taxes paid by an S corporation are allowed as a deduction by that entity in computing its non-separately stated taxable income or loss for the tax year of payment and are not taken into account at the individual level.

The issue of PPP loan forgiveness is complicated, and the information above should not be taken as definitive advice. Every S corporation shareholder’s situation is different, and specific guidance should be sought from a tax professional.