Now Is the Time for Business Succession Planning

According to several national surveys of closely held business owners, approximately three in five do not have any business succession plan in place.

At KRS, we specialize in advising owners of family and closely held businesses and our observations are consistent with the survey results. 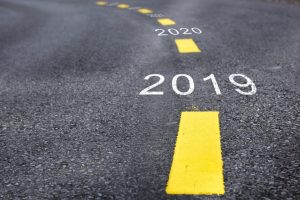 I am working with Joe, the owner of a profitable $75 million company, and we have been talking about succession planning for several years.  Joe is in his mid-sixties, in good health, and has no plan to retire in the foreseeable future.   Are you surprised that Joe has no succession plan for his business? Like many business owners, Joe can’t get his arms around the fact that having a plan doesn’t make retirement mandatory; it only protects the business (which is Joe’s most valuable asset) if he does.   Although we frequently discuss the importance of succession planning, Joe doesn’t seem to want to face the tough decisions involved.

Joe’s employees have been concerned about succession plans for quite a while.  When I met with him recently, Joe shared the fact that several of his major customers have also asked about his plans for the company.  Joe said that the customers don’t want to see the plan and don’t care about the financial arrangements, but they just want to know that the company will continue if something happens to Joe.  They want to know who will run the company if Joe can’t.  This is understandable, especially since the company is a major supplier for several customers.  The customers don’t want to risk interruption in product supply and they may reduce this risk by diversifying purchases among several suppliers if they don’t get answers, resulting in decreased revenue and profitability for Joe’s company.

Plan succession before it’s too late

Joe is the sole owner of his company, but succession planning is equally important in multiple owner companies.  In all cases, it is best to execute a plan while everyone is healthy and getting along.  When a triggering event occurs, it is usually too late.  If you are a business owner, review your succession plan today, and if you don’t have a plan, contact your attorney and CPA to start working on one.