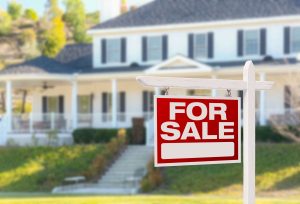 One of the most valuable assets a taxpayer will ever sell is their personal residence. Under IRC Section 121 of current tax law, a taxpayer can exclude up to $250,000 ($500,000 if married, filing jointly) of gain realized on the sale or exchange of a principal residence.

Any loss on a principal residence is deemed a personal loss and non-deductible.

What is a principal residence?

The determination whether a property is used as a taxpayer’s principal residence depends on a variety of factors. Some of these factors include:

How is gain or loss computed?

Gain (or loss) is computed based upon the selling price less expenses of the sale and the taxpayer’s adjusted basis in the residence. Adjusted basis is original cost plus the cost of improvements (not repairs) made to the residence and reduced by any depreciation claimed on the property.

Taxpayer’s must meet three tests for the full gain exclusion to apply:

It is important to note The Tax Cuts and Jobs Act proposed increasing the length of ownership and use from two out of five years to five out of eight years. This was removed from the final version of the bill.

The IRS takes the position that the Section 121 exclusion is not available for any portion of the residence used for business purposes during the qualifying use period. Thus, if a portion of the property was used as a principal residence and a portion separate from the dwelling unit was used for non-residential purposes, only the gain allocable to the residential portion is excludable. However, no allocation is required if both the residential and nonresidential portions are within the same dwelling unit (commonly seen in home offices). It is important to note gain attributable to depreciation claimed after May 6, 1997 is not eligible for exclusion.

Jeff, an accountant, purchases a house in 2014. The house is a single unit, but Jeff has one room that is used exclusively for the accountant practice until the property is sold in 2017. Jeff claims depreciation of $3,000 attributable to the portion used as a home office. Upon the sale in 2017, Jeff realized a gain of $75,000.

Since Jeff’s home office is part of the dwelling, no allocation is required. However, Jeff must recognize $3,000 of the gain as unrecaptured Section 1250 gain (currently taxed at 25%), the depreciation claimed for the business portion of his home. The remaining $72,000 is excludable under the Section 121 exclusion.

Selling your principal residence? Get the advice you need for smart tax decisions

For more about how the sale of your principal residence can affect your tax situation, please contact me at [email protected] or (201) 655-7411.