The IRS annually releases its Required Amendments (RA) list, which includes changes that individually designed retirement plans may need to make in order to remain qualified under the Internal Revenue Code.

The most recent RA list was released via Notice 2017-72, which contains changes not only to the qualification requirements for individually designed plans but also to the deadline for amending the plans. There are two categories: Part A and Part B.

Part A consists of qualification changes that generally require amendments by most individually designed plans or most types of plans impacted by the change. Below are the two required changes for 2017: 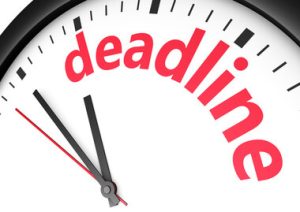 Cash balance/hybrid plansmust be amended to the extent necessary to comply with the IRS final rule pertaining to market rates of return and other applicable requirements. Published on November 16, 2015, the final rule covers plan years starting January 1, 2017, and thereafter.

Under the regulations, plan sponsors of defined benefit plans with above-market interest rates can now amend their plan so that it meets the market rate of return, without breaching anti-cutback rules. A cash balance plan is a type of defined benefit plan, though it also has characteristics of a defined contribution plan.

Eligible cooperative plans or eligible charity plans that were not subject to the benefit restrictions of IRC Section 436 must now meet those restrictions, effective January 1, 2017.

Eligible cooperative plans or eligible charity plans that were excluded from those (and other) limitations under Section 436 in 2016 are now subject to them.

Part B of the RA list involves changes that the IRS does not expect to make for most plans. However, an amendment might be necessary if the plan has an unusual provision.

The RA list for 2017 has only one subject for Part B: partial annuity distribution for defined benefit pension plans, which indicates that in instances where a defined benefit plan allows benefits to be paid partly in the form of an annuity and partly as a single sum (bifurcated distributions), the plan must do so in a manner that complies with the § 417(e) regulations.

The IRS’s 2016 final regulations explain the different acceptable approaches for making bifurcated distributions for plan years starting January 1, 2017, and thereafter. You would need to amend your plan only if there’s an applicable provision.

Amendments to comply with Part A and Part B must be made by the final day of the second year following the release of the list — which would be December 31, 2019, for the 2017 list.

It’s never too early to start thinking about retirement planning. KRS CPAs offers unbiased financial and tax guidance to help you realize your specific goals and vision. Contact us today for a complimentary initial consultation.