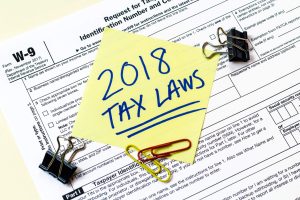 The Trump administration rejected attempts by New Jersey and other high-tax states, including New York, Connecticut, and California, to get around the federal cap on deducting state and local taxes by setting up charitable funds.

Taxpayers will not be allowed to fully deduct charitable contributions in lieu of property taxes under new rules released by the IRS and U.S. Department of Treasury.

The move stems from a provision of the Tax Cuts and Jobs Act that capped deductions for state and local taxes (SALT) at $10,000. Many taxpayers in New Jersey pay more than $10,000 and will therefore lose an important federal tax deduction for 2018.

To get around the limit, New Jersey enacted a law that allows municipalities to set up charitable foundations for the collection of money that would otherwise be paid as property taxes, since charitable contributions are still deductible. Municipalities would decide for themselves whether to give their taxpayers the option. The new rules would effectively end those deductions.

Gov. Phil Murphy and Attorney General Gurbir Grewal are looking at ways to challenge the new rules. “We are prepared to fight back tooth and nail against any attempts by the IRS or the Trump administration to block localities from setting up charitable funds to help New Jersey taxpayers preserve their deductibility,” Gov. Phil Murphy said.

Ruling on the new tax laws will continue to evolve, so stay tuned to the KRS website for up-to-the-minute news and information. If you’re concerned about how a particular ruling impacts your tax situation, contact us.