The IRS will be addressing the deductibility of state and local tax payments for federal income tax purposes. 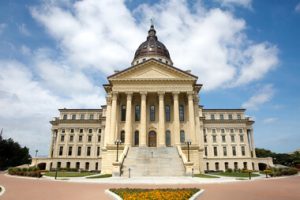 The IRS is expected to issue regulations to help taxpayers understand the relationship between federal charitable contributions and the new statutory limitations on the deduction of state and local taxes.

The Treasury Department and the IRS are monitoring other legislative proposals being considered, to ensure that federal law controls the characterization of deductions for federal income tax filings.

The limitation imposed by the TCJA applies to taxable years Jan. 1, 2018, to Jan. 1, 2026. Updates on the implementation of the TCJA can be found on the Tax Reform page of IRS.gov.

What is this all about?

Experts see the IRS preparing to crack down on states that try to circumvent a new limit on state and local tax deductions. The Treasury Department and IRS are saying that they won’t allow local governments to find creative ways to help deduct these taxes.

States like New York have looked for ways to blunt the impact of a new $10,000 cap on the deduction for state and local taxes. The cap was included in the tax overhaul, and it is believed to hit predominantly high-tax states hardest since it limits the amount of state and local sales, income and property taxes that residents can deduct from their federal taxes, tax watchers say.

So local lawmakers have been scrambling to find ways to allow constituents who owe more than $10,000 to continue to fully deduct these taxes and avoid a tax increase.

The IRS’s response? It will not tolerate states that try to flout the law — a stance likely to be challenged in court.

The IRS notice is a precursor to a formal guidance that will need to go through a review process, and not surprisingly, it drew swift condemnation from state lawmakers. New York state governor Andrew M. Cuomo noted that his state is trying to protect its residents from what it sees as a hostile assault on New York families. He said that New York families won’t be used as a piggy bank to pay for tax cuts for big corporations.

New York also is establishing a new system allowing taxpayers to convert their state income tax to a payroll tax that companies would pay on their behalf and then deduct from their federal tax bill.

The feds, meanwhile, are letting states know that they plan to roll out more notices dealing with potential loopholes in the tax law. This notice is intended to serve as a broad warning to states to avoid developing more gimmicks, a senior Treasury officer notes.

Some tax experts warn that the IRS could unintentionally hurt taxpayers who benefit from long-standing state tax credits for charitable contributions, including for college and private K-12 school tuition.

It’s anticipated that there will be challenges to this notice fairly quickly. This issue is subject to rapid changes, so before making any changes or assuming you can get a break, be sure to contact us first for the latest guidance. The new tax code is complex and every taxpayer’s situation is different – so don’t go it alone! Contact KRS managing partner Maria Rollins at [email protected] or 201.655.7411 to discuss your situation.